An early 19th century French Toile de Normandy depicting Leda and the Swan from the Greek myth, a blockprinted  madder red resist on cotton.Leda and the swan appear in a tasselled medallion shape surrounded by  flowers and tendrils of ivy.Originally a quilted cover so there remain some stitching marks.With a seamed join where the pattern goes sideways. 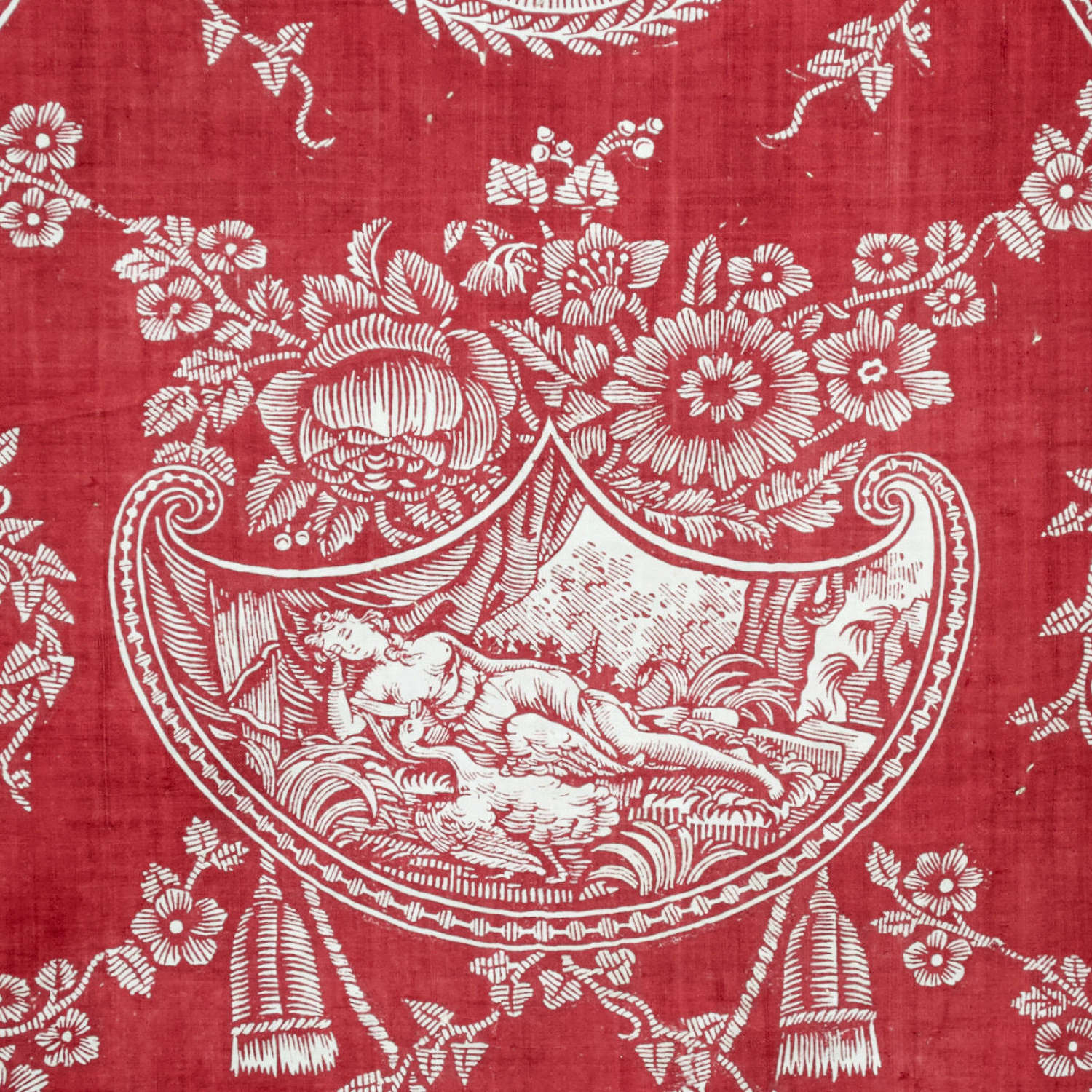 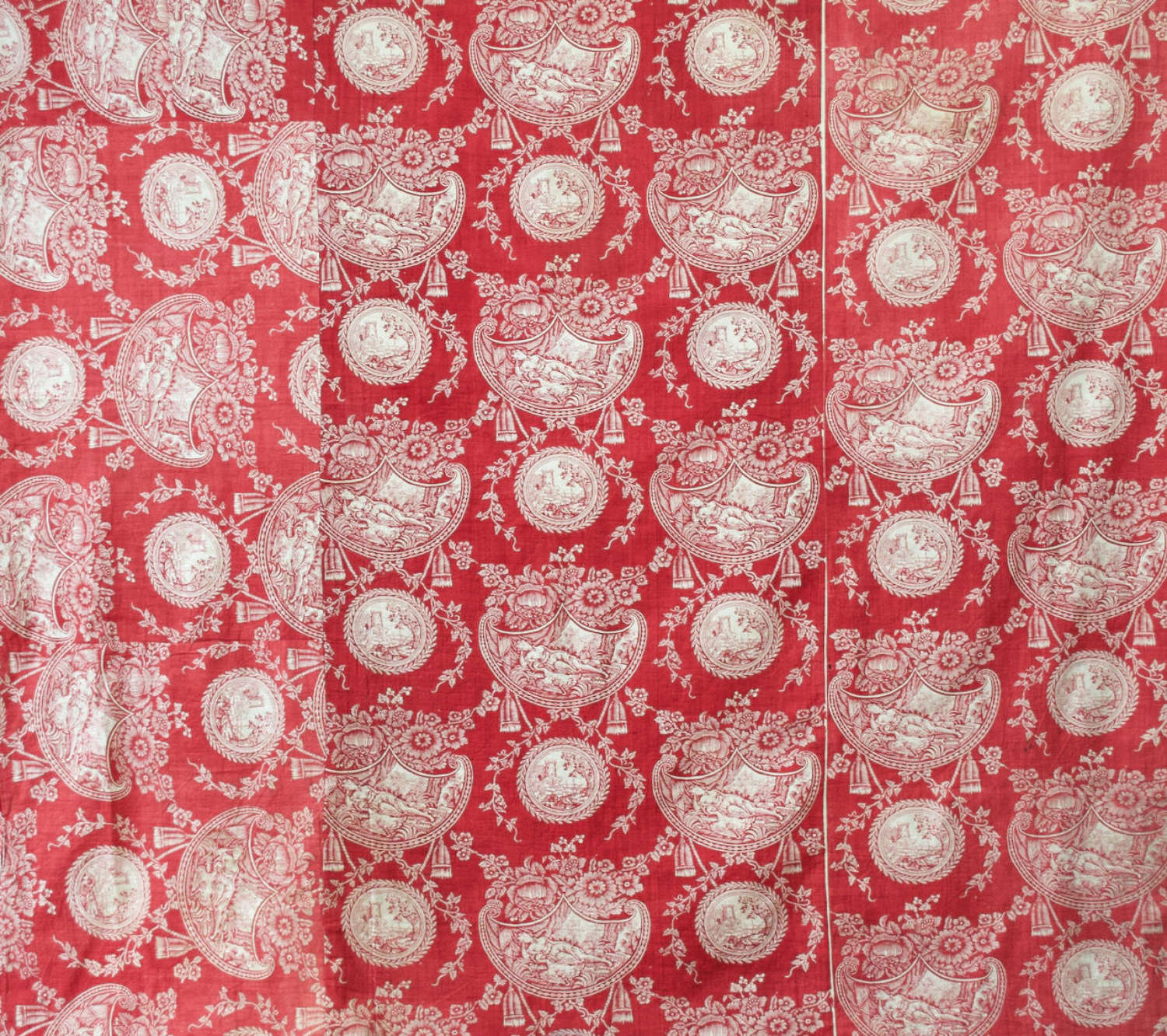 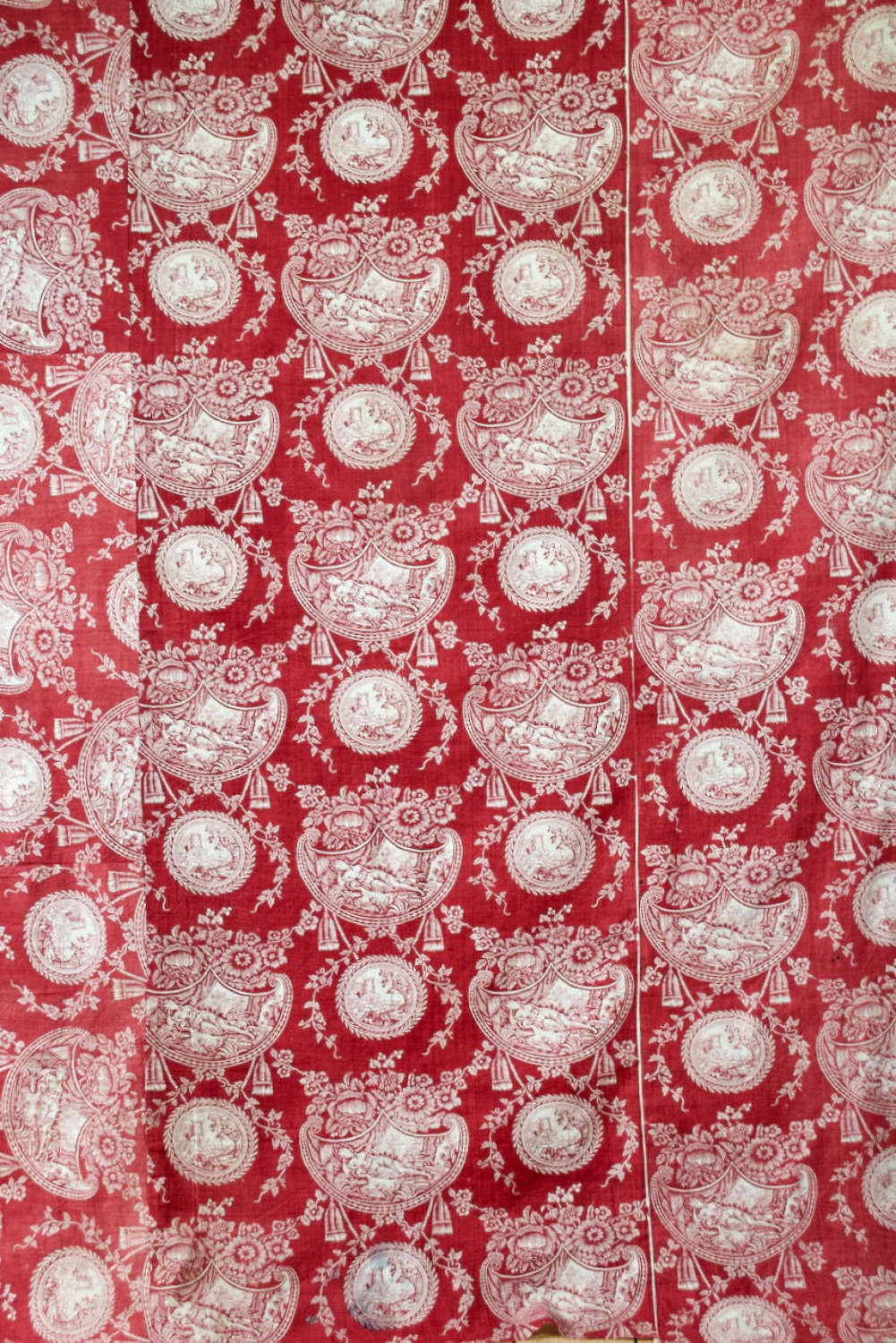 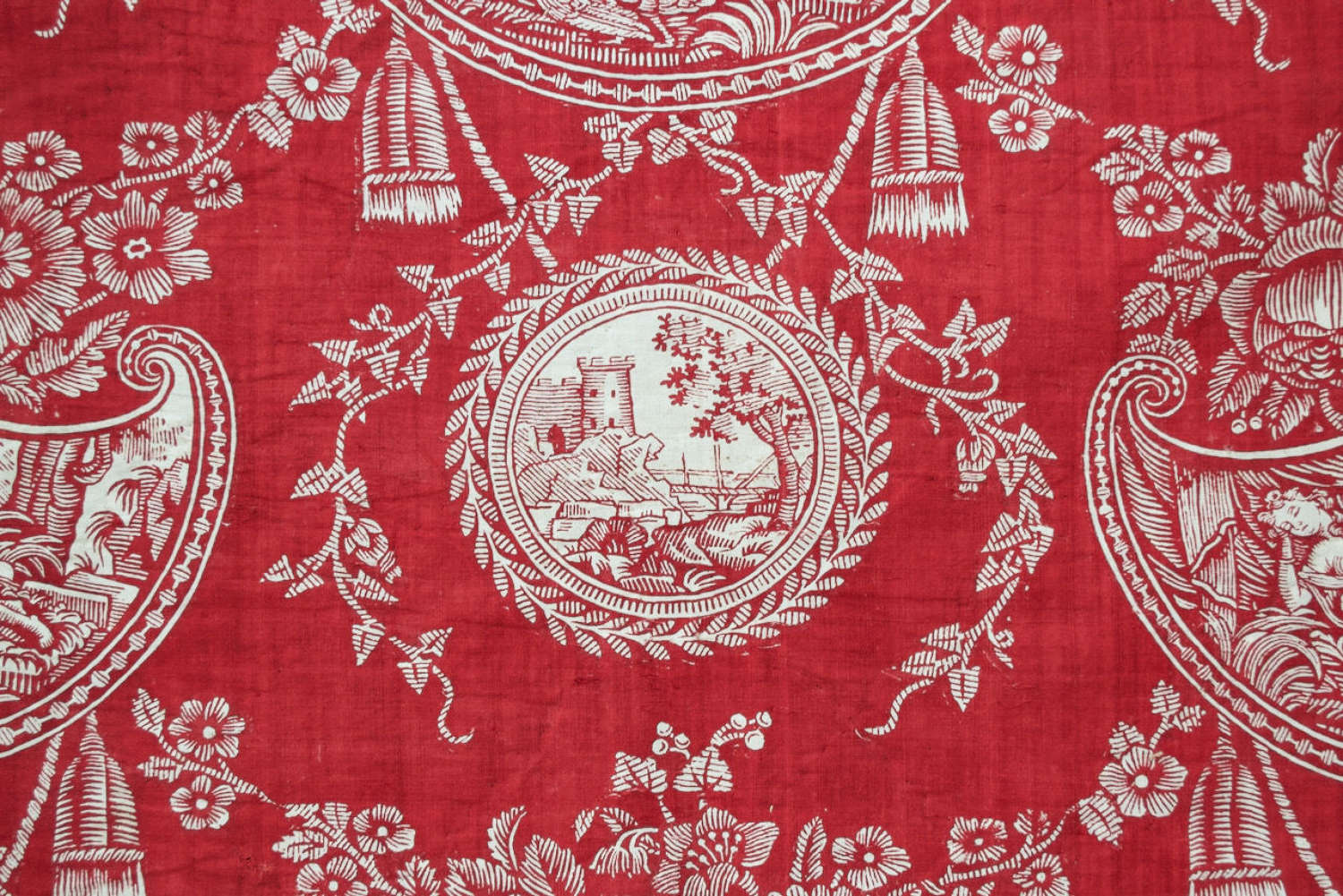 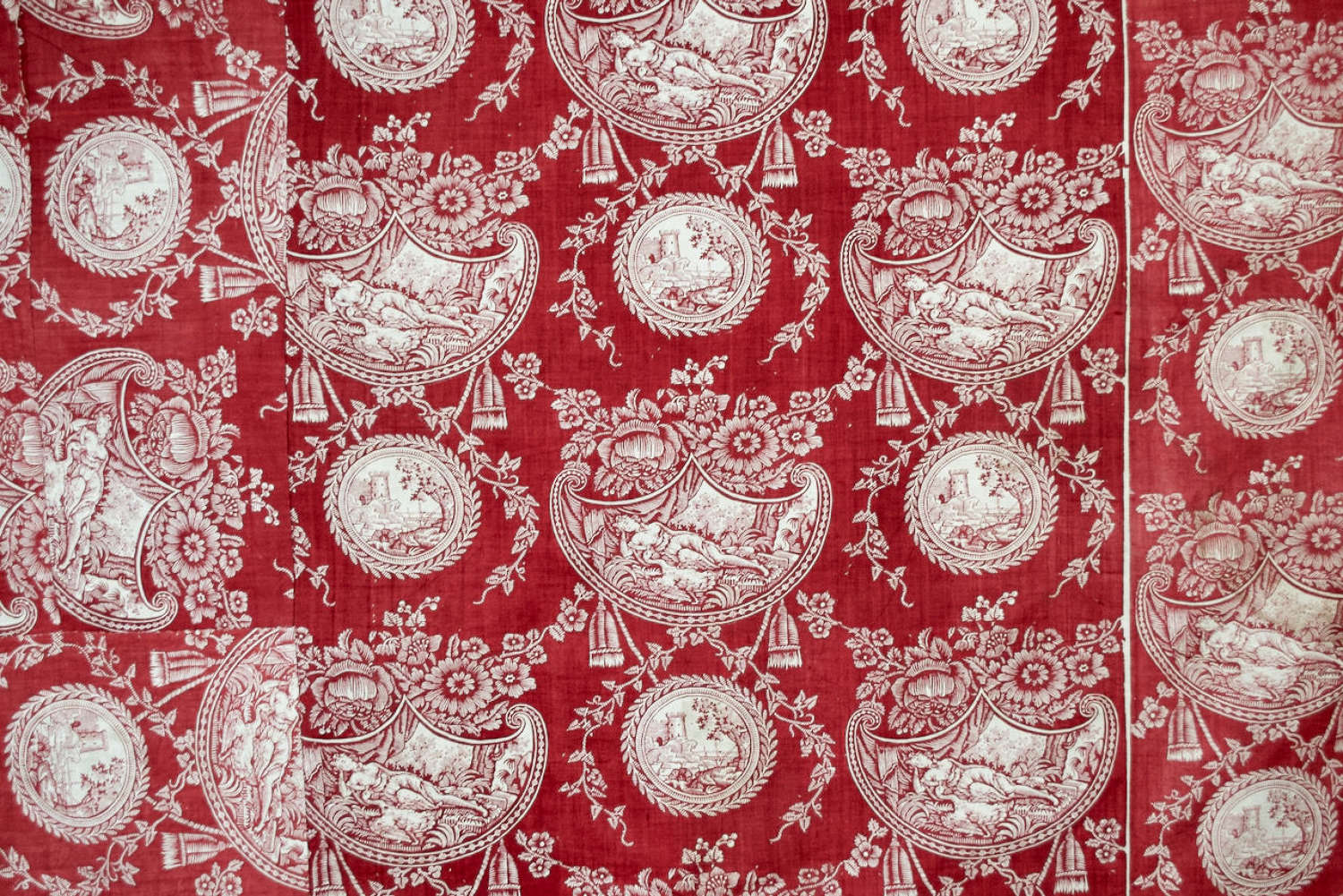 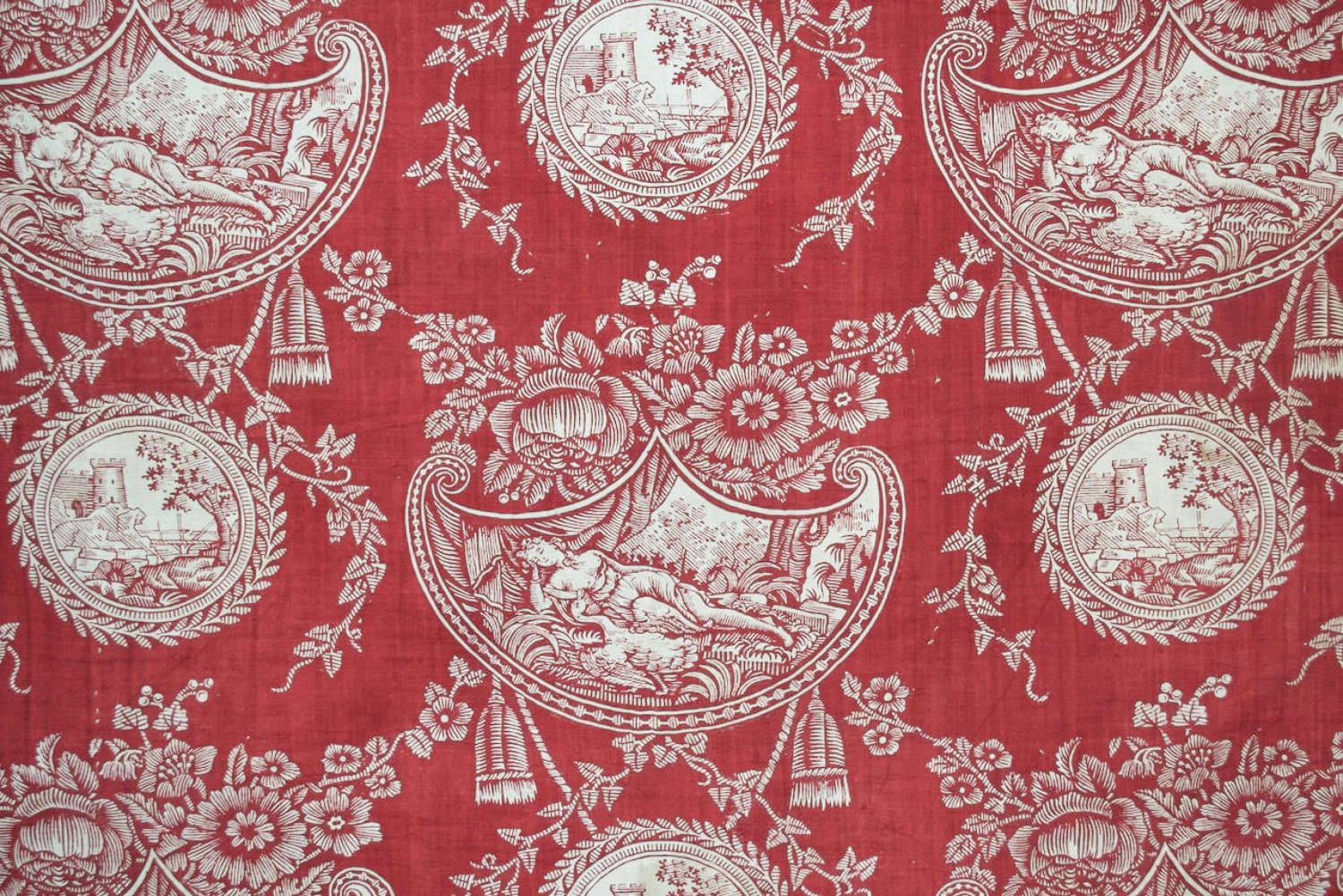 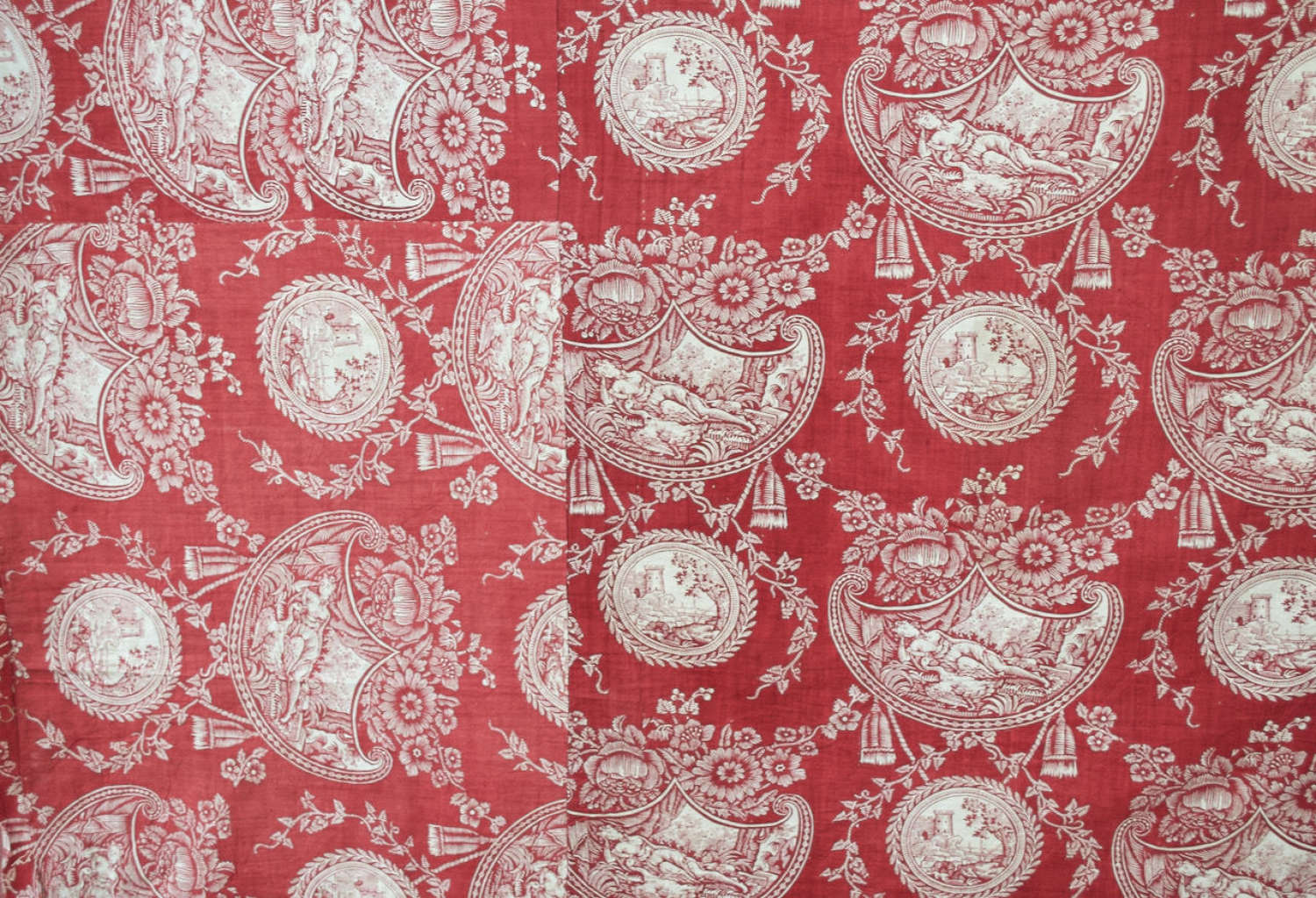 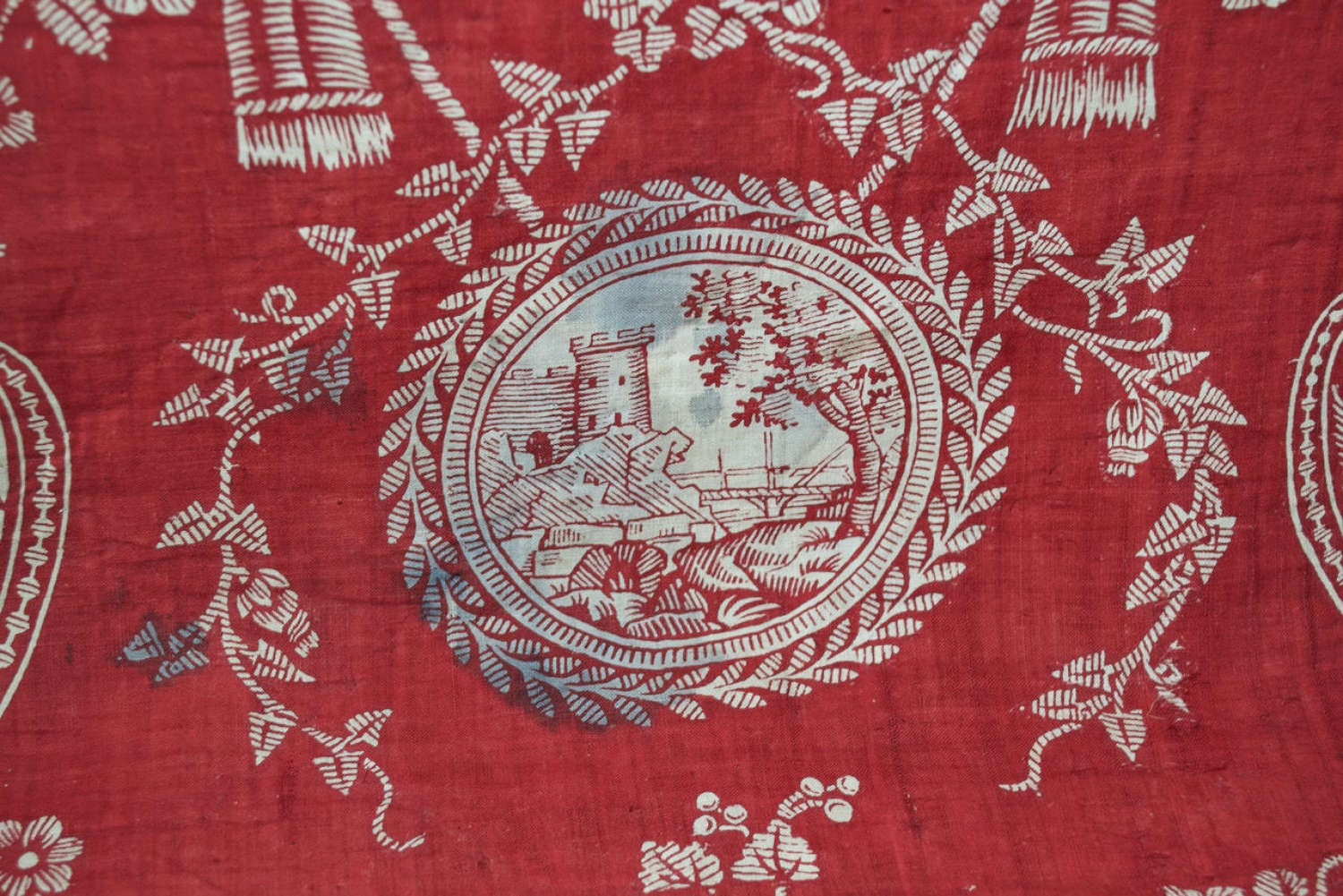 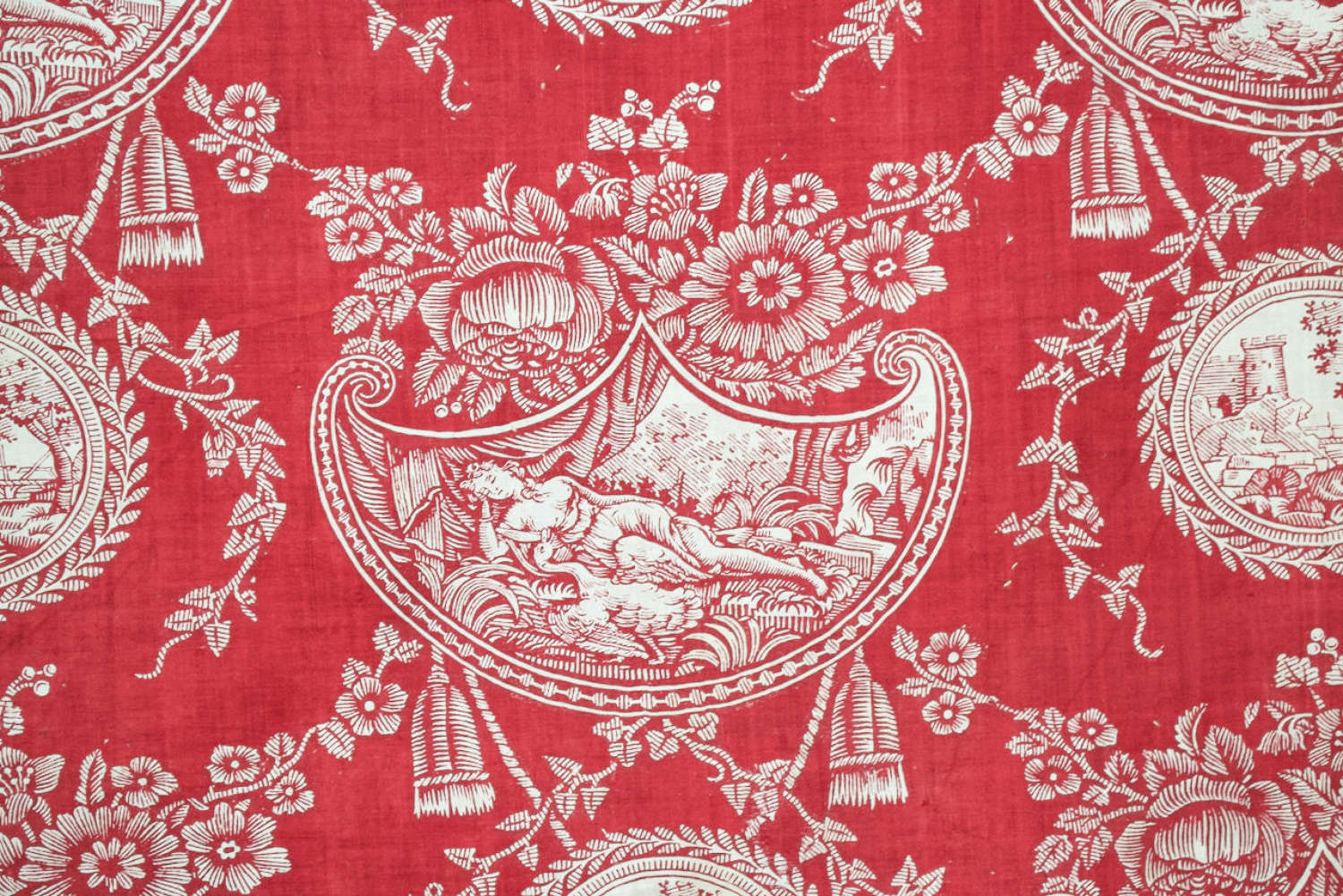