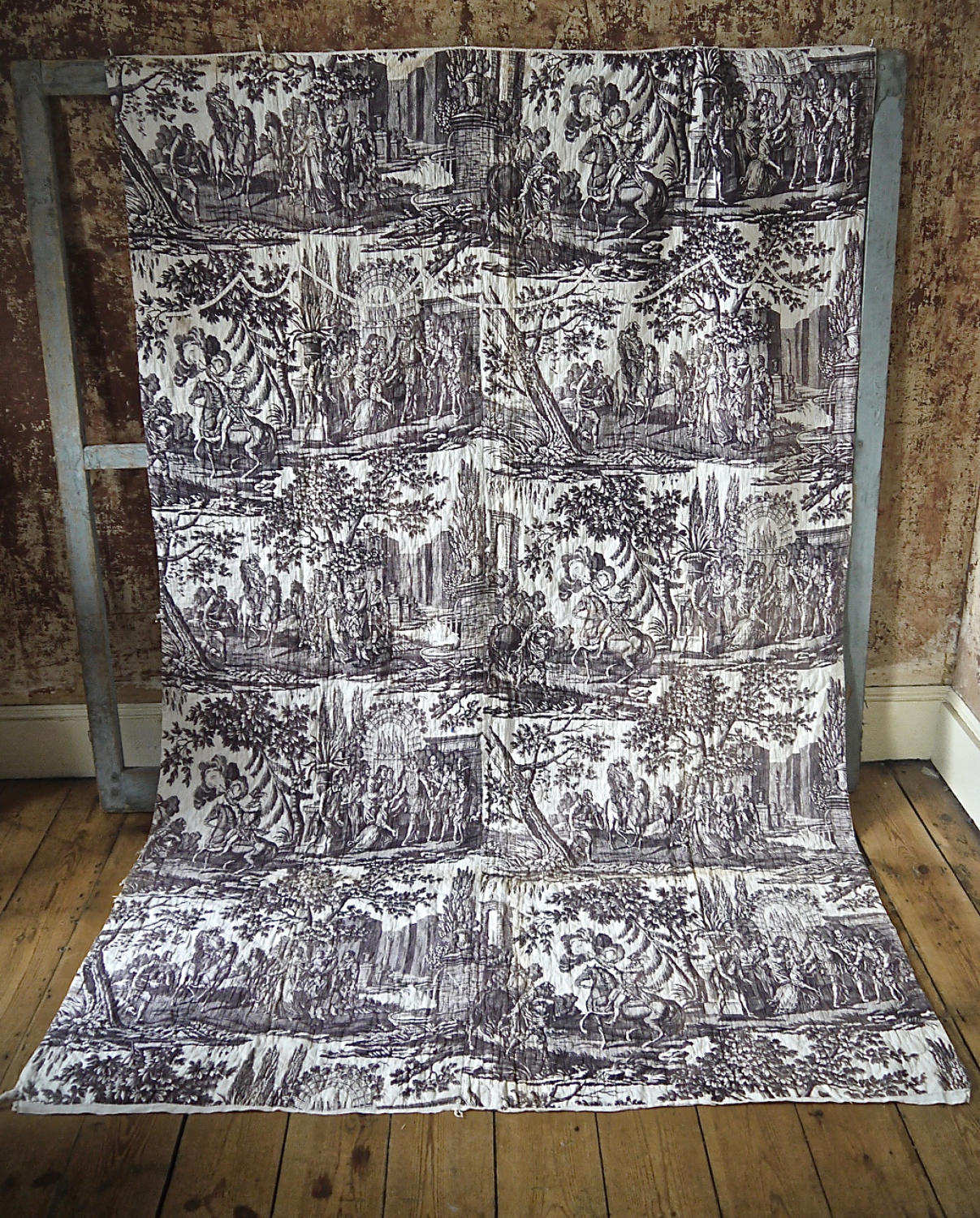 The cotton panel has a detail of scalloped curves across the top that is shaped from cotton tape.Backed in 19th century French linen.

Some sun staining damage in the center and in some other places.Small holes down each side where the cloth must have been attached to a frame.

in a good condition with wear cosistent with its age and use, minor fading. 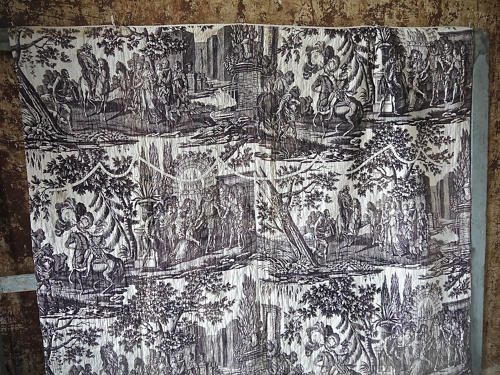 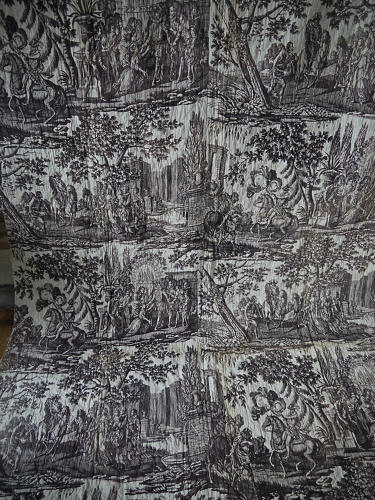 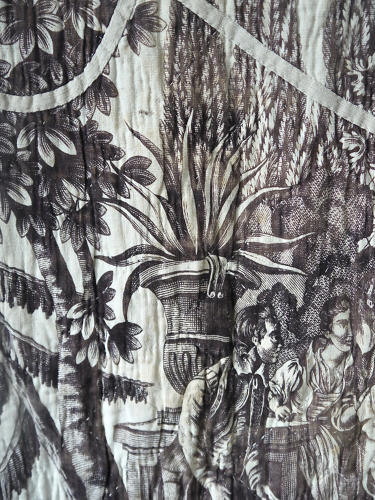 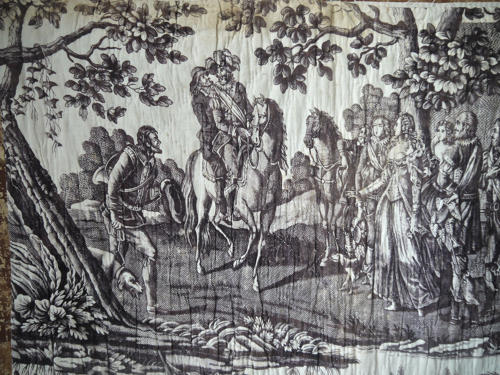 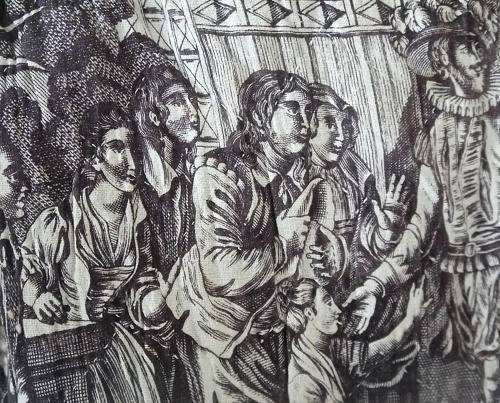 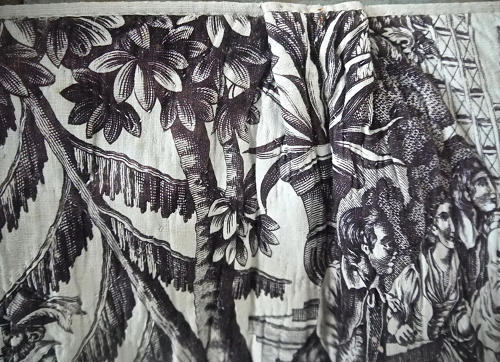 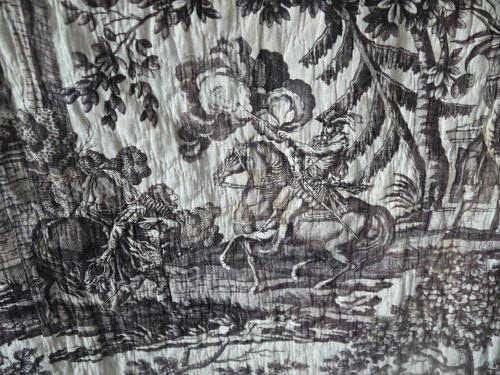 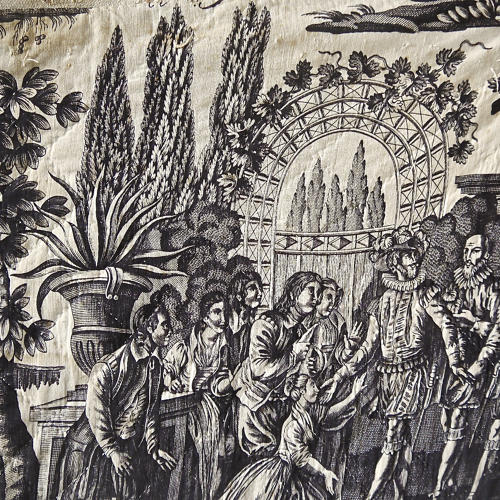