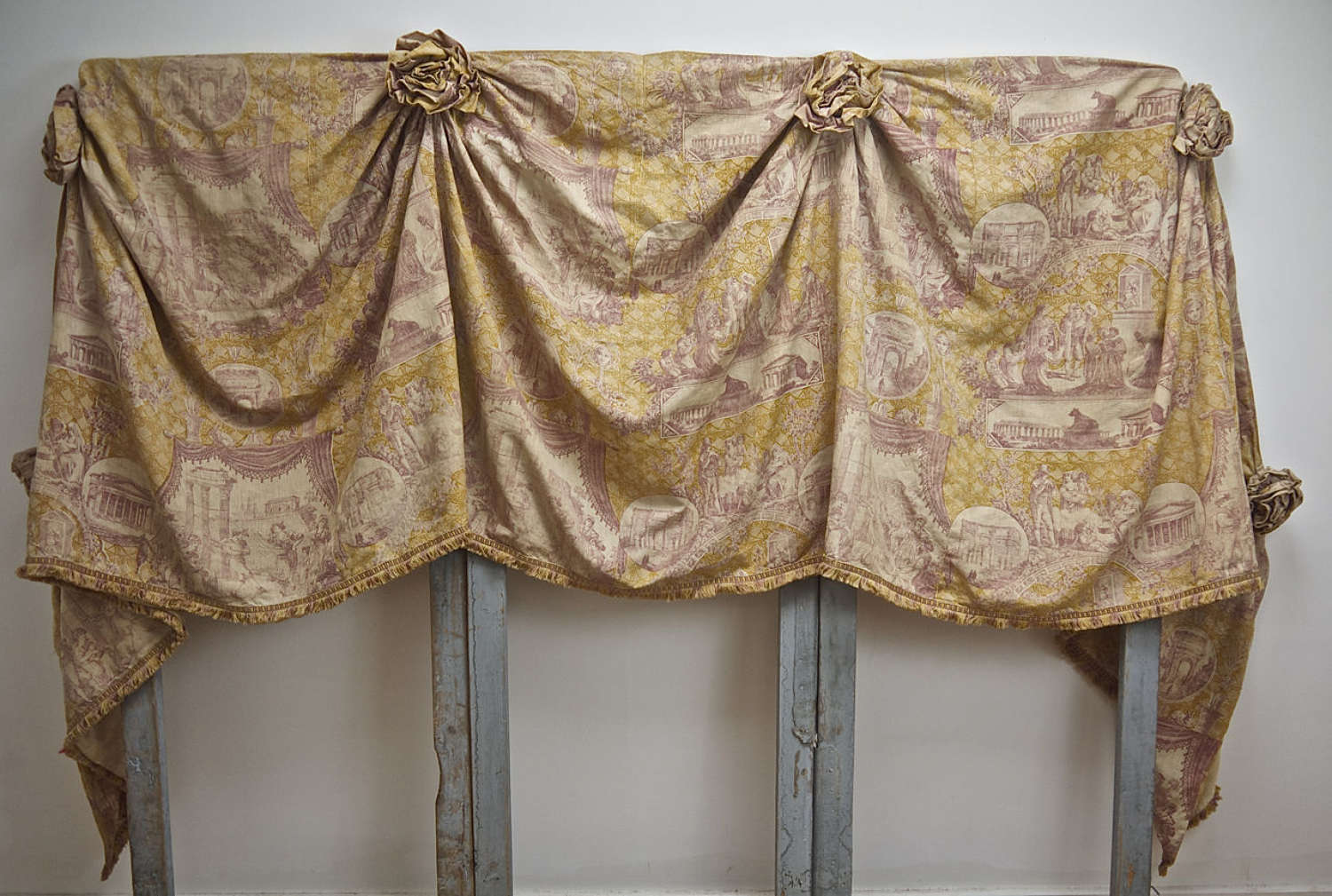 A pair of late 19th century French linen pelmets in a later copy of a c1811-1821 Toile de Jouy 'Le Romain' (The Roman), Manufacture Oberkampf.Featuring views of buildings in Rome  including the Pantheon and the Arch of Constantine amongst groups of figures.Printed in a soft saffron yellow and pale mauve on an off-white ground.Charming gathered rosettes along the top edge and finished at the hem with a mauve and saffron yellow cotton fringe.

One pelmet has slightly more sun discolouration in parts. 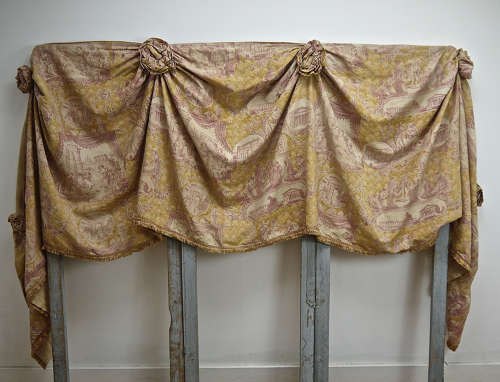 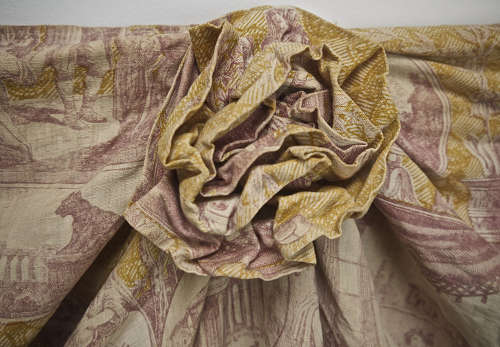 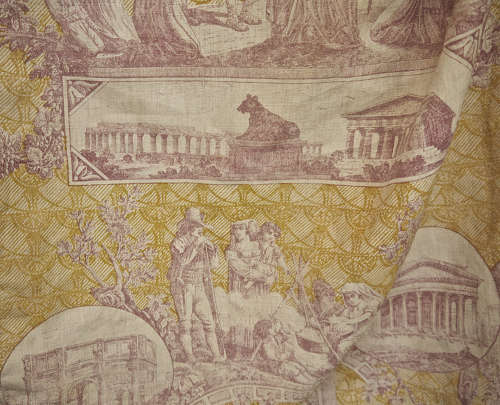 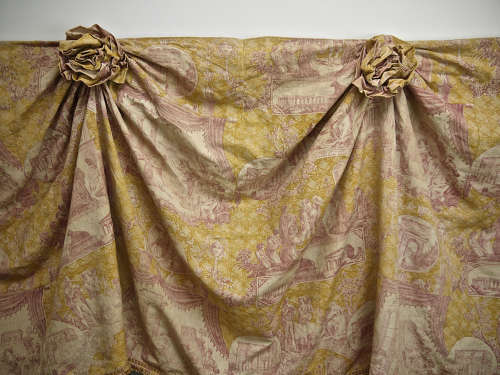 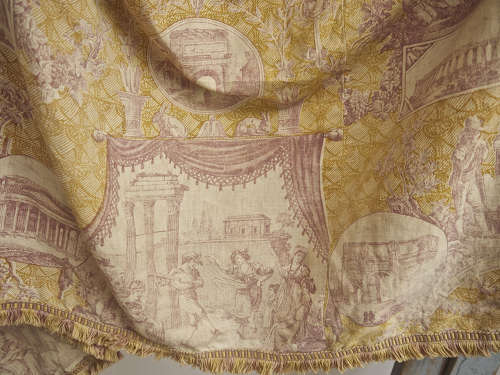 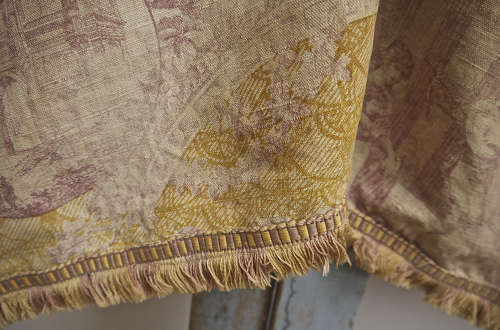 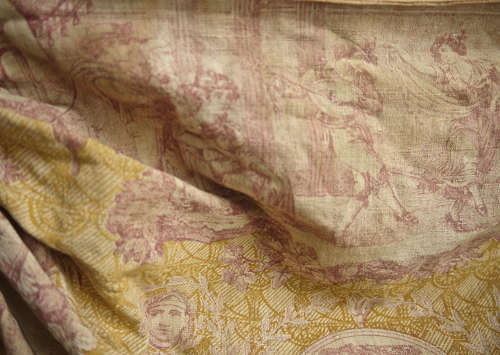 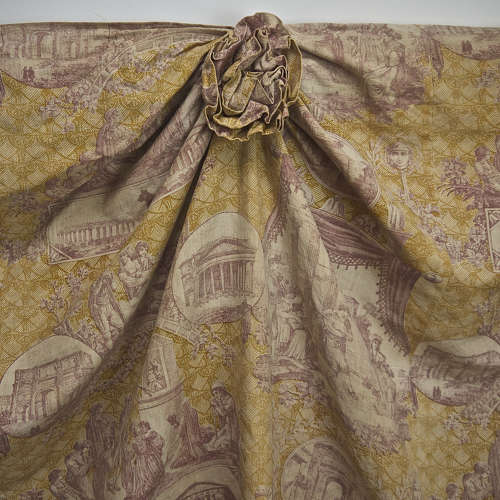 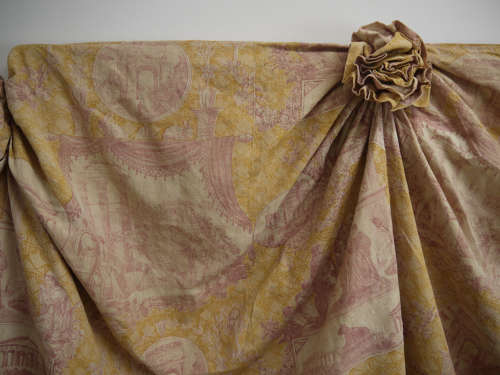