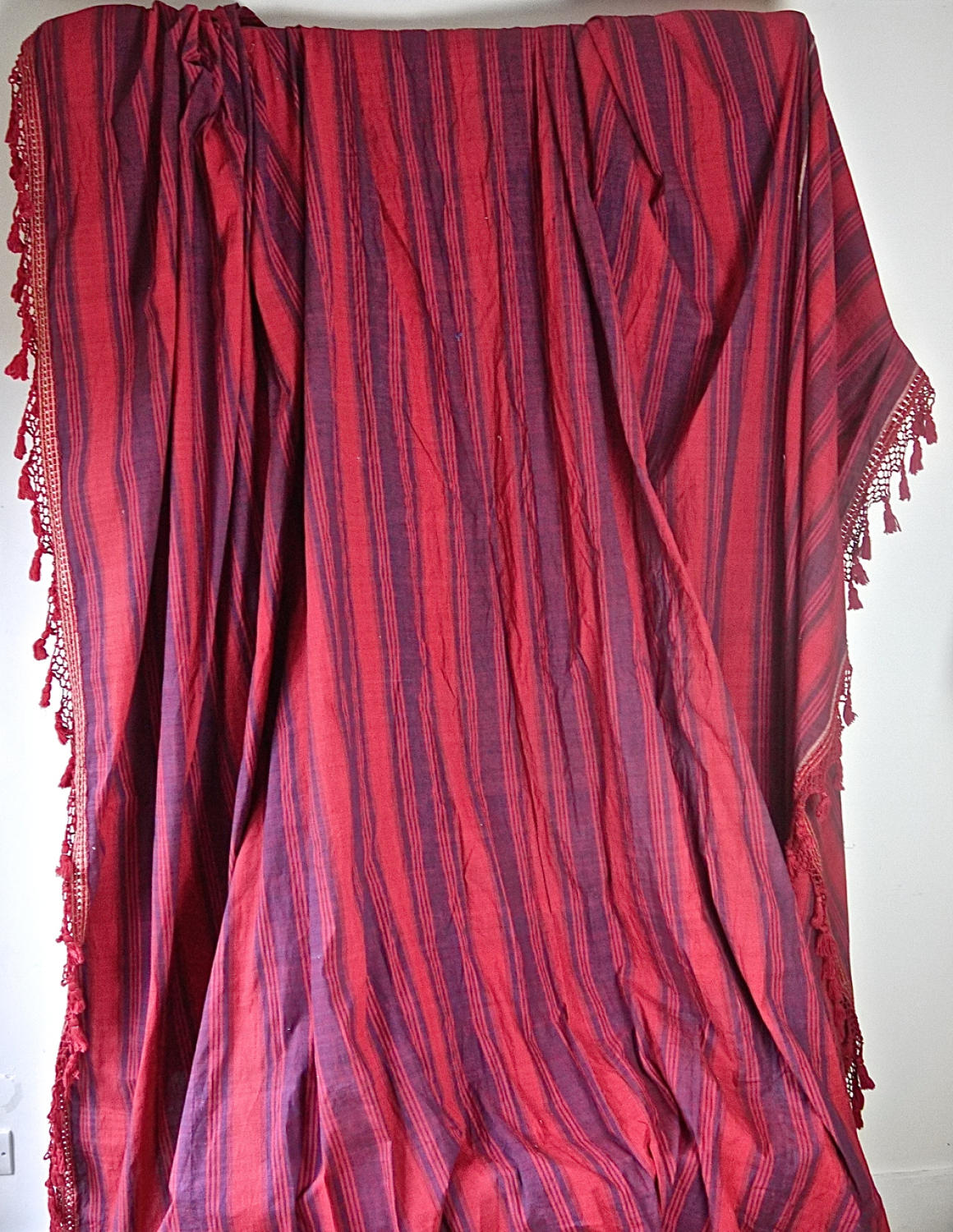 Late 18th century French indigo and red woven striped cotton large curtain.Original use was most likely on a ciel-de-lit or bed coronet.Lovely crisp and unwashed cotton with soft cotton tasseled trim on both sides of the curtain.At the top it is very tightly gathered onto a hemp tape which would have been nailed to the coronet.Made up of four widths. 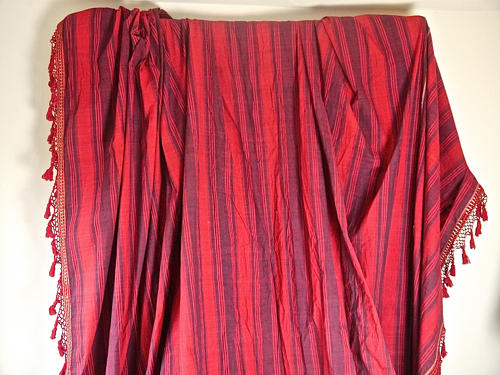 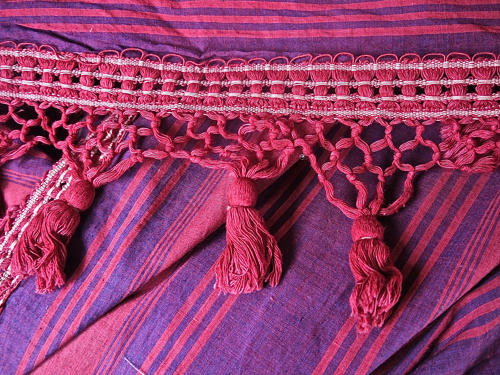 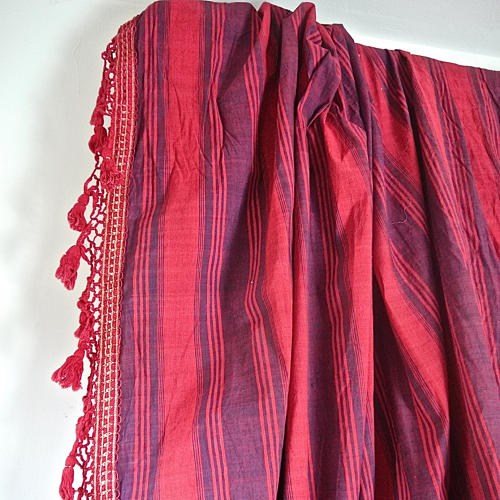 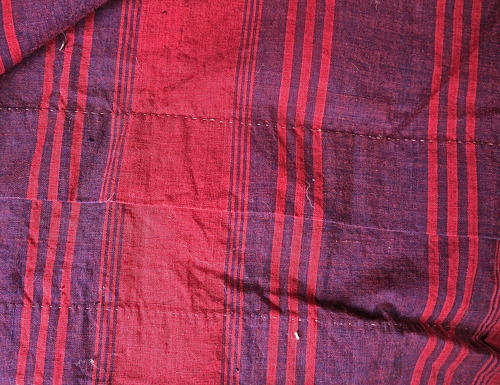 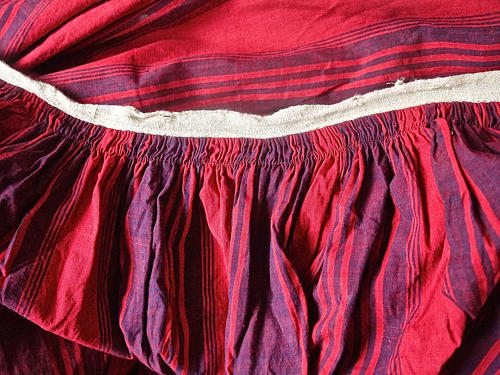 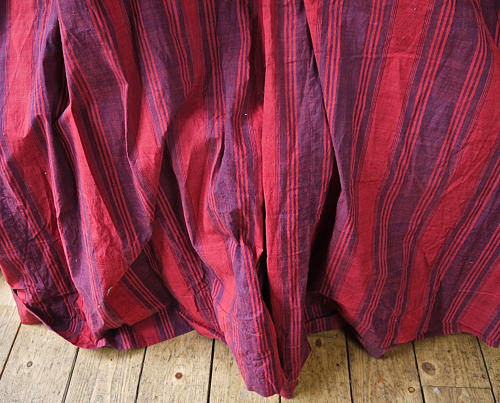