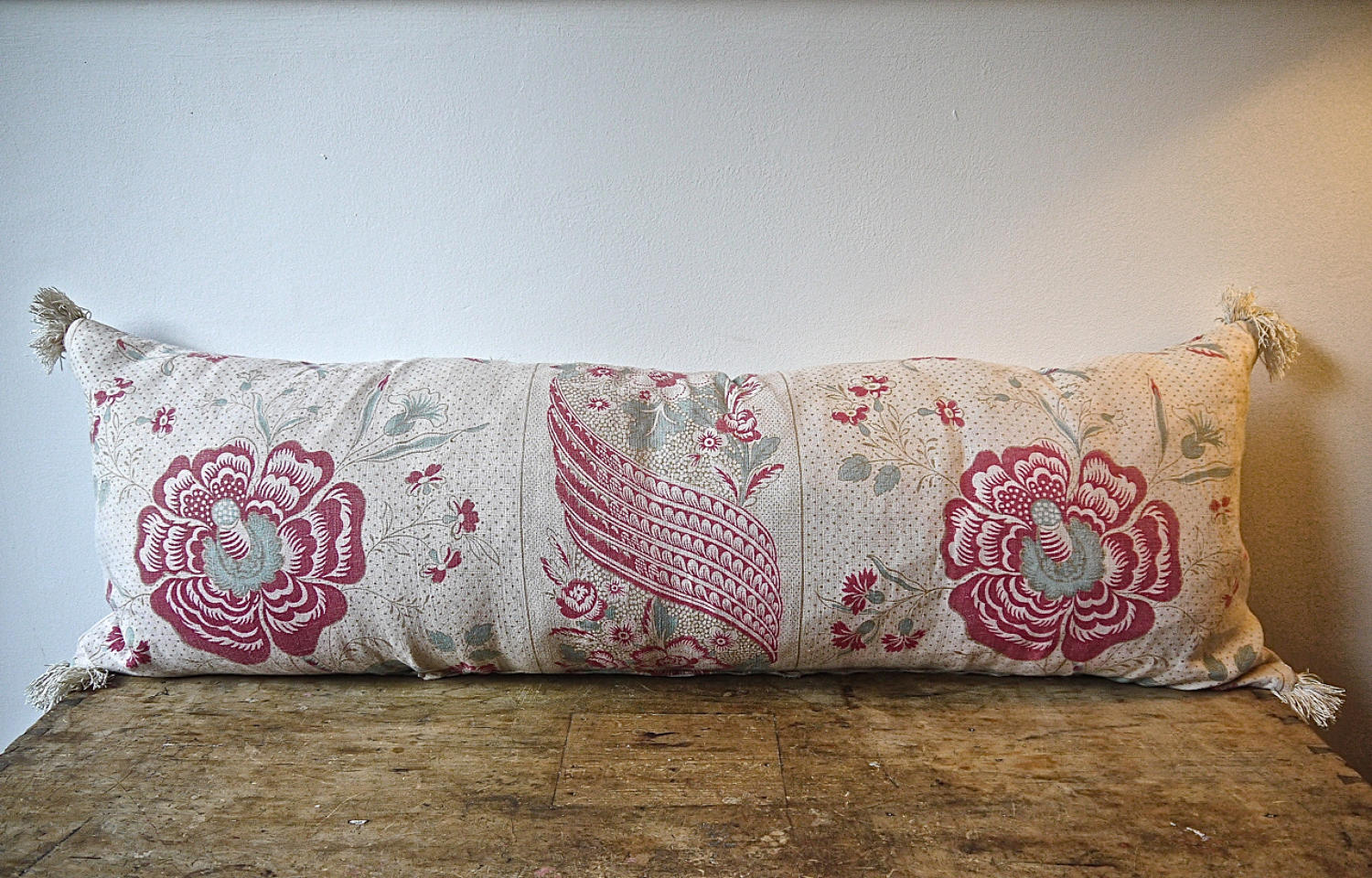 French later 19th century blockprinted cushion in soft faded colours with a picotage ground.The design of styised flowers and cloumns is based on an 18th century design.With soft fringing at each corner and backed in a late 19th century French linen, it is slip-stitched close with a duck feather cushion pad. 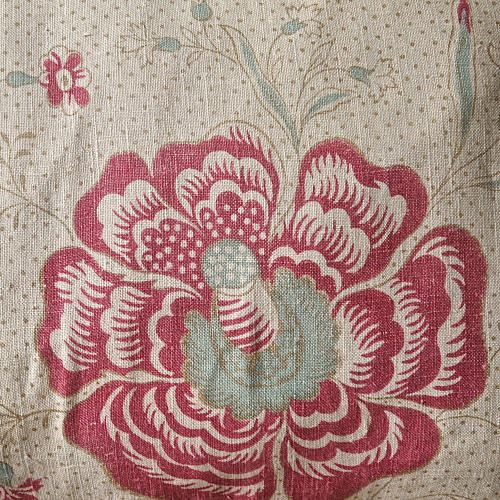 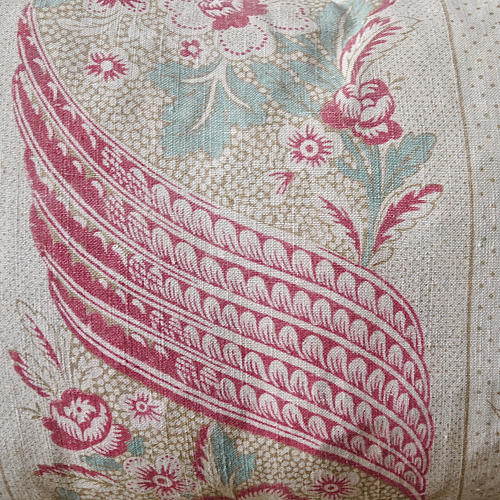 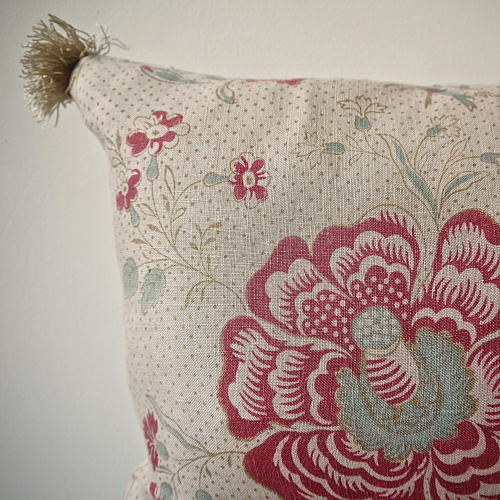 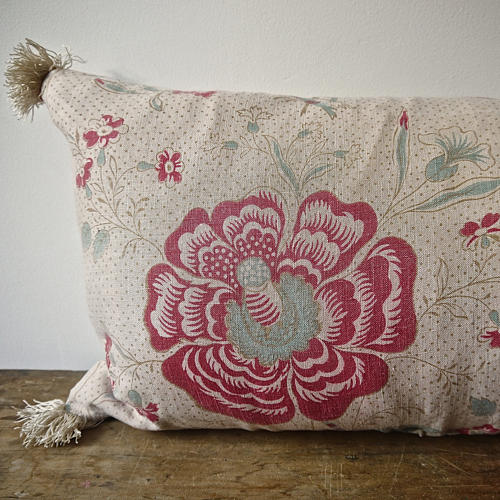 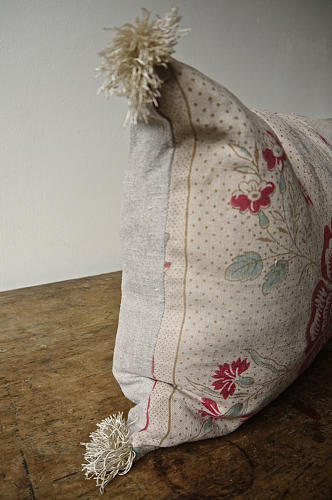 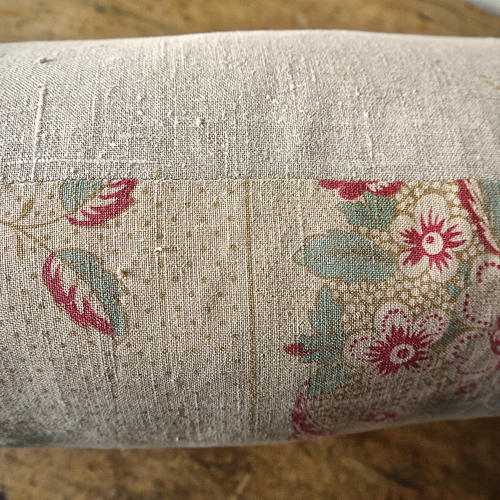